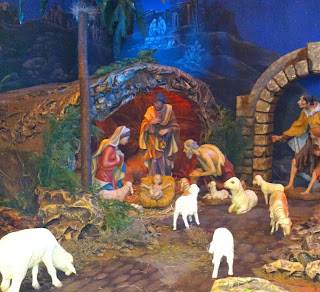 I had everything all planned out, how I was going to help Karma along the way. I was involved, actually had a boyfriend, for the first time in five years this year, only to find out that he was a liar and a cheater, among other things. Those closest to me know about that.

To say I was devastated is putting it mildly. It took five years to open my soul to someone, to lay it on the line. And what happened is how I was rewarded for trusting again. Trusting the wrong person.

I know that Karma is a bitch, and I know his day and that of the Skanky female will come. I came across info that would ease Karma along, even delighted in the wickedness of planning, nothing huge or major, but enough to cause a little bit of grief, small potatoes compared to what I have endured. Let them squirm and hurt, thought I.

And so we have Christmas, a time of joy, happiness and peace. Quite a while ago, I had sent a note to him saying I had forgiven him. But was I truly living the forgiveness in my heart? I think by now, you know the answer.

Now, today, I make the final peace in my heart, the peace that God and Jesus have gifted to me. I have no doubt that someday they will get theirs, because as ye sow, so shall ye reap. And I want to reap kindness, love and joy. I want peace, harmony and tranquility. By wishing ill upon others, no matter how much they deserve it, I will only keep the thorns in my side and in my soul.

And so my challenge to you on this glorious Christmas Day, the day when hope was born, is to forgive someone who has hurt you. If even from afar, love that soul, and wish that soul peace. No one says you have to be with them, talk to them or even think much about them. But embrace the peace and joy of the season by letting forgiveness fill your heart. It is the best Christmas present you could ever give yourself.

A truly blessed and peaceful Christmas to all. 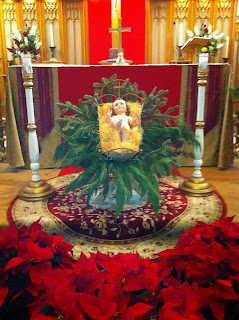 Posted by nursenurse at 2:49 PM No comments:

News From the South: Good Deeds: Where's Karma When You Need Her?

1. No Good Deed Goes Unpunished. Part A: While trying to heal my broken heart after breaking off with a lying, cheating SOB, I went on my usual fall missions. Nothing like good friends, good deeds and good margaritas to balm the wounds. On the way to Guatemala through Miami, I discovered via the wonderful xray at security, that I had left my treasured Leatherman in metallic purple in the bottom of my backpack. Apparently, security in Mexico didn't think anything of it. But American security thought I could down a plane. I had to either lose the $75 + tax tool, or check in my back pack. Being penny wise and pound foolish, and in a hurry as usual through that stupid airport, I checked my backpack with the snarky American Airlines guy who said to me " I can't believe that you thought you would get away with that!" What, do you think I'm stupid? That I fell off the turnip truck yesterday? My turnips have been rotting in the ditch for weeks, thank you very much, I explained how I always have it in my checked belongings, but I had totally forgotten that I had put it in my backpack for the mission for the purpose of pulling things out of people's ears, screwing things in or out, and even filing my nails. Snarko rolled his eyes.

And when I went for my camera a day later, well, the case was there, zipped up and intact, but the camera and the charger were gone. So, a net loss of about $700. I totally forgot to pull it out of the back back. American does not cover the loss, because they clearly state that they are not responsible for electronics left in checked baggage. Which means there is a giant, invisible sign that says, "Take Me." The fact that the case was left in the backpack, zipped tells me it is an inside job. Thanks again Miami frickin' airport and American Airlines. You've done yourself proud.

2. No Good Deed Goes Unpunished. Part B: While in Mexico,  my right second upper molar decided to sing a tune, and that tune became louder and louder until I was eating 600 mg of Advil avery2-3 hours along with some Tramadol, and rum chasers. Eventually I was never able to relieve the pain much, but I didn't care. That part lasted  until Guatemala. I had to approach our dentist, I was in such agony. He wanted to save my tooth, but face it, in a dark room lit up by LED headlamps, you can imagine there wasn't anything there for something like a root canal. He froze me two or three times one day, and it was the only time I had no pain. The unfortunate reality is that freezing wears out, especially since he was using Lidocaine, hence the multiple freezing.

The last morning of the mission, I could take it no more, and I eagerly climbed into the chair as the first patient of the day, with many sets of Mayan eyes on me as they were going to be next. I needed to be brave and show them it was okay. When the tooth proved difficult to freeze, I had an iron grip on the Translators hand, I bet to this day it is weak and withered, such is the life I squished out of it. Once the dentist thought I was frozen enough, a healthy "Ow!!" followed by chicken sh*t tears sent the message loud and clear to the next patients. That either I was a complete Wuss (guilty) or that this was not going to be a very good day for them. Out came the tooth with a piece of my jaw bone. After 45 minutes of letting the freezing wear off, I was in less pain than before the extraction. And of course, the cerveza/rum combo at the closing fiesta was pain killer enough.

3. No Good Deed Goes Unpunished. Part C: I had to have a stitch in my gums, a figure of eight, he said. So I went to my dentist once home to have it removed. A couple of snips, and it was gone, so I thought. Until I explored the area with my tongue, and found the damned stitch sticking out like chicken wire. What the heck to do? More rum. Maybe go to the walk in clinic the following day - I was flying out to work in the evening. Nah. Because like a dog with a bone, once you know that thing is there, you constantly play with it over and over until your tongue starts feeling raw. So toughen up, says I to my lily-livered alter ego. Grabbed my wonderful Tweezerman tweezers, the same kind the Mexicans had confiscated two years ago because they thought I might bring down another plane. Poked around until I had the end of the stitch. Gentle tug. Nothing. A little harder. Ow, still nothing. Finally with the will of someone performing her own bikini wax, I pulled hard, screamed, had tears in my eyes, and now a hole in my gums. The thing came out, with a non flexible kink where the eight crossed over. It's a good thing my dentist didn't charge me for the visit. I'd be looking for a refund.

4. In Other News: We now know where all the toilet seats have gone. And we're not telling.

I bought a new camera. For next time.