Slice of Life: News From the North, and a Little From the South - September 5th

It has been awhile again. Why? I have had computer access that actually works in the poorest of nations that I have visited, including Sierra Leone which was billed as the second poorest country in the world at that time. And here in northern Canada? Not much for almost a month. To qualify that a bit, and to give the powers that be their due, the first two weeks or so of this rotation were spent in the high school gym because of encroaching forest fires. I think the station actually had some minor damage. We were still allowed to sleep at the clinic residence when not on call. So no computer in either place. Until our phones at the gym pooped out. Then we got a couple of  Roger's cell phones. I love pressing buttons,  so I pressed enough oddball icons (I'm a somewhat disgruntled Telus customer) until I figured out I could access my e-mail from the phone. I at least was able to check my e-mail, but my thumbs are primed for iPhones, not whatever brand of the day we had. So I didn't send much off.
So there's my excuse. 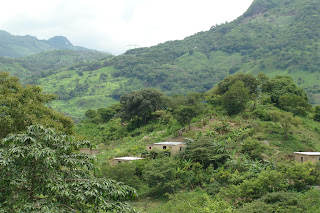 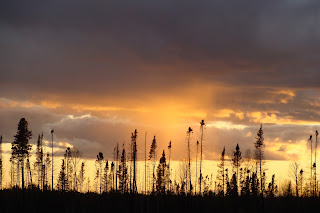 We are now in the new residence, spiffy-do, it is. I'm still looking for the fan in the bathroom, in a place where mould is the most common form of wildlife. I went to use the microwave, and it wouldn't work. It is in a little box type open shelf at face height. I knew if I got the thing out and down that I would never get it back up. And so with moves that could grace a Cirque du Soleil performance, I managed to teeter the thing on my shoulder, and inadvertently, my head, while using two fingers to unwind the damned twist tie that held the tightly coiled cord on the back of the stupid microwave, and then clawed my way to the outlet behind it, without electrocuting myself.
Can anyone explain the "Dream Machine" alarm clock? It's got time zones! Some bright person, likely a man, threw out the instructions, and there are six of us nurses in the building, and no one can figure the dang thing out. Dream? Dream on, it's a bloody nightmare, that's what it is. Thank goodness for the Ridiculously Overpriced Alarm Clock Known as the iPhone. Provided you get up when it goes off.
And that is my world for now.
Posted by Unknown at 1:35 PM